Jose Bosingwa has disclosed that he has no regrets over his Champions League ban in 2009. The former Portugal international right-back in a chat with the October edition of FourFourTwo. According to Jose Bosingwa, he has no regrets till date after the Portuguese was slammed with a four-match ban for accusing of match official Tom Henning Ovrebo of cheating during the Champions League semi-final second leg clash with Spanish La Liga side Barcelona in 2009. 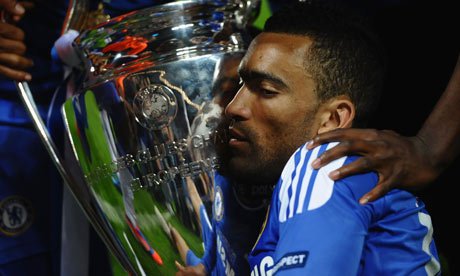 Chelsea players including the aforementioned Bosingwa were angry at the Norwegian referee for his biased officiating during the game which ended in a 1-1 draw as Barcelona booked their place in the 2009 Champions League final via the away goals rule.

While Jose Bosingwawas given a ban of four matches for his outbursts immediately after the final whistle, Didier Drogba was slapped with a six-match ban. Bosingwa, Drogba and other Chelsea players had been complaining about the standard of officiating throughout the game and things got out of hand immediately Andres Iniesta scored a last gasp equaliser to deny Chelsea a place in the final for the second successive season and send the Catalans to the final on away goals.

Barcelona had earlier played hosts to Chelsea at the Nou Camp in the first leg and it ended in a goalless draw. For the second leg at Stamford Bridge, it took the Blues just nine minutes to break the deadlock courtesy Ghanaian player Michael Essien. Chelsea thereafter had several calls went against them and in favour of Barcelona before the priceless goal from Iniesta made matters worse for the home team.

Catalan giants Barcelona went on to win the Champions League title that season due to their dominant display in the final at the expense of Manchester United. Samuel Eto’o and Lionel Messi scored either side of the halftime break to give Barcelona their third European title. The Catalans won 2-0 to seal a second Champions League title in three years.