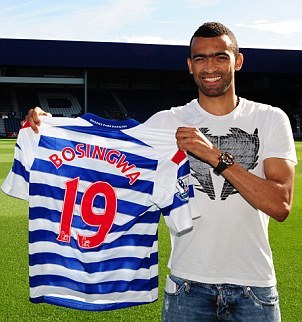 Jose Bosingwa had the opportunity to play for the Democratic Republic of Congo (DR Congo) as he was invited by the country during the qualifiers for the 2006 FIFA World Cup tournament in Germany. The right-back had already represented Portugal at the football event of the 2004 Olympic Games in Athens. He was also part of the Portugal team that won bronze medal at the 2004 UEFA u-21 European Championships in Germany. Jose Bosingwa opted to represent Portugal at senior level rather than DR Congo. He received his maiden invitation to the Portugal senior team set-up in May 2007 due to his good form for FC Porto and he made his debut as a second half substitute for Miguel in the away game against the Red Devils of Belgium in what was a qualifier for the 2008 European Championships. He played the second half as Portugal beat Belgium 2-1 in that qualifier. Jose Bosingwa was part of the Portugal squad to Euro 2008 and he had moved ahead of Miguel as the first choice right-back as at the time of the tournament. The ex-FC Porto and Chelsea player featured in all four games at the tournament in Austria and Switzerland as Portugal crashed out at the quarterfinal stage. He was rewarded for his good form at Euro 2008 with a place in the Team of the Tournament. Jose Bosingwadecided that he wasn’t going to make himself available for national team selection until the exit of manager Paulo Bento in November 2011. Paulo Bento said that the player was left out of the Euro 2012 qualifier with Bosnia and Herzegovina because of his attitude and mentality. The 38-year-old returned to the national team three years later under new manager Fernando Santos ahead of the Euro 2016 qualifier with Armenia and the international friendly with Argentina.