HUGHES SACKED AS HE COULD NO LONGER MOTIVATE TEAM

Following the defeat to Coventry City, Stoke City decided to sack their relatively long time manager Mark Hughes. The experienced coach left the club after four and a half years in charge. The Welshman, who joined in May 2013, could no longer motivate the team to success to she had to go. 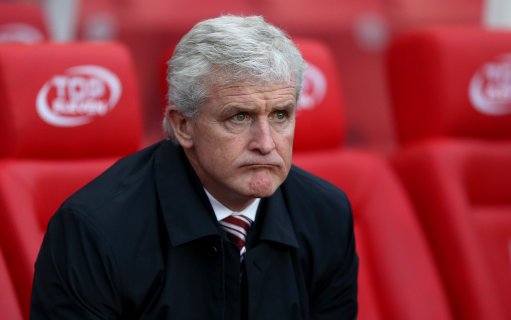 For years, Hughes managed the team well after replacing Tony Pulis. Hughes did well in raising the profile of the side to a team that can contend with the top sides in the league. They finished in the top half in the last three years and were expecting that at the very least. However, a string of poor results and apparent lack of organization have hampered the team.

Within recent years, Stoke have tried to get decent profile player to boost the ranks at the club. they got Xherdan Shaqiri, Bojan Krkic and then lured Jese Rodriguez to the club. Hughes signed Saido Berahino, Giannelli Imbula and Kevin Wimmer to boost the squad strength but all these did not translate to better results.

Hughes’s did not manage his signees well and he has a history of signing players who went on to underperform. He was the one who signed Jose Bosingwa, Robinho, Kieron Dyer and others whilst at Manchester City and Queen Park Rangers.

As Stoke slipped to fifth place with just five wins this season, the board had to react. The team has conceded 47 goals in 22 games to have the worst goal difference in the league as they were not scoring goals either.

Despite the expensive recruitments during the summer to het Wimmer, Kurt Zouma, and Bruno Martins Indi, the team has been far below par. Stoke were looking at raising their profile after finishing in the upper half for years but they rather slumped the more. Hughes could no longer motivate the team so he had to be axed.