HAS SARRIBALL BEEN EXPOSED IN THE EPL?

After an abysmal performance by Chelsea team under the tutelage of AntonioConte in the 2017/218 season. Rumours began to fill the air about the sack of the Italian. Butthe Chelseahierarchy where unwilling to let the Italian go without an immediate replacement. Also the rumour of another Italian, in person of Maurizio Sarri taking over from Conte dragged for months. Abramovicwasn’t able to control proceedings effectively due to his visa issues with UK authorities. Chelsea fans all over the world was happy that they were finallygoing to get a manger that plays fluid attacking football. 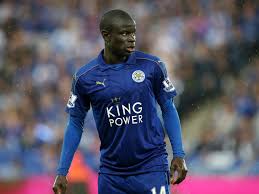 Soo far, it hasn’t been all rosy for Maurizio Sarri and is team. They started the season well, with Sarri becoming the first manager to go unbeaten in his first 11 games in the premier league. He was able to stamp is philosophy on the Chelsea squad with the help of Jorginho, who he brought from Napoli. But as time went on teams were able to suppress Chelsea’s dominance, by restricting their play around Jorginho who plays the’ Regista’/Director role.

One of the problems faced by Sarri is how to use N’goloKante. The France international is not a Sarri-type anchor/regista. so he has to try to reinvent himself as a box-to-boxshuttler. Kante decided to give his all for his role unlike others who would have complained about the change. Many have complained about Sarriball but the Italian has stuck with it.

Another issue faced by Sarri is his not having athletic and flying fullbacks. CeaserAzpillicueta, who is known for his defensive powress under previous manager,has not been providing the extra width in their attack. Same goes for the sluggish Marcos Alonso. Unlike previous Chelsea fullbacks like Jose Bosingwa, Ashely Cole, Wayne bridge and the likes. Jose Bosingwa was known for his overlapping runs and dangerous square plays. He was instrumental in their champions league winning campaign in 2011-12, althoughSarri does not that luxury at present. Sarri was forced to go for Napoli’s Hysaj in the winter transfer window, but Napoli were unwilling to sell.

Only time will tell if Sarriball will become a success. If he is backed in subsequent transfer windows, and with a full preseason schedule the Italian might get things ticking again. All of these are dependent on if Roman Abramovich will ne patient enough.